There are many companies in the senior care industry with less than stellar reputations. Joining forces with an established home care franchisor can lead many entrepreneurs down the road to success. But, if they’re not careful, they might step on a mine or two along the way.

Even after home care franchisors weed out potential franchise owners through a screening process, there are some mistakes newbies tend to make. Here are the top three, according to a few of the biggest home care companies:

Perhaps the greatest advantage of owning a franchise is having the ability to link up with a larger company’s support network, but not all franchise owners utilize the corporation’s perks to the full advantage.

Home Care Assistance, a Palo Alto, California-based home care provider with 120 franchises in the U.S. and Canada, offers its franchisees help with marketing and one-on-one business coaching, for example. Other times, franchisors set sales or hiring goals that are meant to create a road map for growing a fledgling business.

Not leveraging these advantages, or bucking the system already in place with a franchisor, is a big mistake, says Lenny Verkhoglaz, CEO of Executive Care. The New Jersey-based company, which offers home care services, currently has 18 franchises and is on track to hit 20 by the end of the year.

“They’re trying to cut corners or come up with something that’s not in the system. That slows them down,” Verkhoglaz told HHCN. “We made our share of mistakes that we don’t want our franchisees to repeat.”

“We really have developed a great system that we know has been able to build strong franchises right off the bat,” she says. “When people come in and feel like they have a better system than what we created, that’s a huge red flag for us.”

BrightStar Care, a private duty home care and medical staffing provider with 320 locations in the U.S. and Canada, also lays out the rules and expectations upfront, according to BrightStar president and COO Thom Gilday.

“[We tell them] this is how our model is built, and this is how we expect you to run it in those early days,” Gilday said. 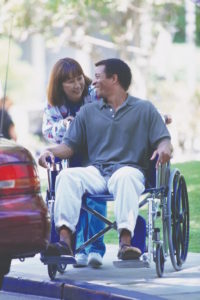 Bucking the system can also lead to a chain reaction of bad outcomes, Griswold Home Care COO Mike Magid told HHCN. The Plymouth Meeting, Pennsylvania-based company, which has more than 200 locations in 32 states, recently got back into the franchising game after a three-year hiatus.

“Ego often causes new owners to stray from the proven system they purchased,” Magid said. “This creates problems in tracking and measuring ones success against system standards [and] leads to incorrect data, incorrect conclusions and incorrect decision-making.”

Griswold is currently rolling out a new system called GPS, or “Griswold Path to Success,” to help keep new franchisees on track.

“It is a comprehensive business tool that challenges owners to take a fresh look at their businesses while providing strategic, tactical, planning and budgeting tools as well as the most current best practices to run a home care business today,” Magid explained.

2. Doing Too Much or Too Little

Another common mistake first-time owners make is trying to take on too much—or not enough—responsibility.

Sometimes, a rookie owner attempts to do every role in their new franchise, from marketing and sales to human resources and recruiting.

“Obviously, that person cannot possibly do everything by him or herself,” Verkhoglaz said. “It’s impossible.”

Executive Care requires franchisees to delegate certain responsibilities to other employees, such as hiring an administrator, a nurse, a coordinator and a marketer. Delegating prevents an owner from getting burned out or neglecting other essential parts of the business, Verkhoglaz said.

First-time owners also may try to “run before they can walk,” Gilday said. That could mean franchisees take on more complex cases with skilled home health care before they have the know-how.

“These are obviously very driven, ambitious people [who] want to be able to take advantage of the entire model,” he explained. “[But you need to] make sure you build a reputation in the marketplace and build the competency of your team around companion care and personal care before you get too far into medical nursing.”

Other new franchisees have the opposite problem: they don’t want to do the work required to keep the business afloat. They might even try to keep a full-time job going on the side—a big mistake, according to Schuh, who has seen this only in a small number of new Home Care Assistance franchisees.

“When they get in, they want to keep their other job and just hire people to do the rest,” she explained. “It’s happened a couple times, and that’s definitely not led to success.”

As the old adage goes, it takes money to make money. The same thinking applies to home care, Verkhoglaz said. Opening the doors is not enough to get clients.

“Owners might spend some money to open the doors, but it’s not time to just sit back and wait for referrals to come in,” he explained. “In the first stages of the business life cycle, more money needs to be spent up front in order to generate business.”

“We want to make sure they’re invested enough to be able to grow the business,” Schuh said. “We don’t want to bring somebody in who doesn’t have the capital to cover their first year or two years.”