Michael J. Fox is a one of the more famous individuals with Parkinson’s Disease that affects nearly 1 million adults living in the United States. Perhaps the worst part of the disease is that, according to the Parkinson’s Disease Foundation (PDF), it is classified as both chronic and progressive. This means that the disease’s symptoms continue to get worse as patients age. 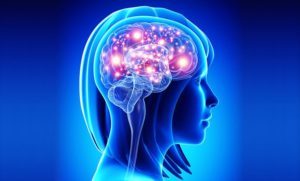 Doctors are not exactly sure what causes Parkinson’s Disease, but numerous medical studies have found that this condition results from problems with the brain’s neurological structure. Certain nerve cells in Parkinson’s patients malfunction and effectively die for no apparent reason in the region of the brain known as the substantia nigra. According to the National Institutes of Health, the nerve cells located in this portion of the brain are responsible for releasing neurotransmitters such as dopamine that assist the body in controlling such functions as movement and coordination.

Medical studies have shown that these nerve cells stop producing dopamine and that the resulting imbalance of dopamine in the brain causes patients to lose control over the voluntary muscles in their body and appears responsible for many of the warning signs of the disease.  Researchers are still trying to find out why the neurotransmitters stop producing dopamine.

Although we are not sure what the cause(s) of Parkinson’s Disease may be and there is no cure for the disease today, there are a number of warning signs that accompany its onset. Detecting and diagnosing the disease earlier can help improve patient outcomes.

What to Look For: 8 Warning Signs and symptoms of Parkinson’s Disease

1. Involuntary Shaking or Muscle Spasms – Tremors are the definitive symptom of Parkinson’s, and they usually start in the form known as the pill-rolling tremor. This occurs when a person continuously rubs their thumb and forefinger back and forth, as if rolling a pill. Minor hand shaking at a resting is also something to keep an eye on. Basically, any unintentional movement, twitching or shaking should be the cause of concern and not taken lightly.

2. Problems with Balance – If you or your loved one are having a harder time standing upright or feel the urge to sit down when standing, this could indicate the initial stages of Parkinson’s.

3. Stooped Posture is another common warning sign among those with Parkinson’s.  Unlike those older adults who choose to slump instead of sitting upright, perhaps because of pain, older adults with this disease are simply unable to control the muscles in their spine.

4. Muscles that are Stiff and Slow-to-Respond– Everything from unintentionally walking slower than usual to experiencing difficulty with basic hand movements (e.g. typing, gripping, etc.) may indicate a problem and should thus be discussed with one’s medical doctor.

5. Low Speaking Voice – Family members of those with Parkinson’s often notice a change in their loved one’s voice. One of the warning signs of the disease is a marked and permanent change in the person’s voice as it becomes softer or hoarser than before.

6. Small Handwriting – Another symptom that is more easily detected in adult and elderly patients is a change in handwriting patterns. One telltale warning sign in those with the disorder involves handwriting. Those with Parkinson’s start out writing a letter or to-do list in their normal handwriting. However, the more they write on a single page, those letters often become smaller and more difficult to read. One of the best ways to identify Parkinson’s is to pay attention to daily habits such as these.

7. Loss of Smell – Some individuals with Parkinson’s begin to lose their sense of smell. Even normally pungent foods or foods that have a familiar odor (such as onions, bananas, or licorice) don’t register with a sufferer’s olfactory senses.

8. Frequent Fainting or Dizzy Spells – Frequent dizziness and fainting spells are often linked to low blood pressure, but are also a warning signal of Parkinson’s Disease. Older adults may feel dizzy or faint on some occasions, but frequent occurrences of light-headedness should merit an immediate visit to the doctor to diagnose the source of the problem.

Experiencing one or two of these symptoms may not be cause for alarm, however, when combined, it’s best to visit your doctor. Your physician can evaluate the changes in your condition and set up any tests that are necessary to determine if you have Parkinson’s disease or if these symptoms are an isolated sign of another condition.